Make your own Ginger Liqueur 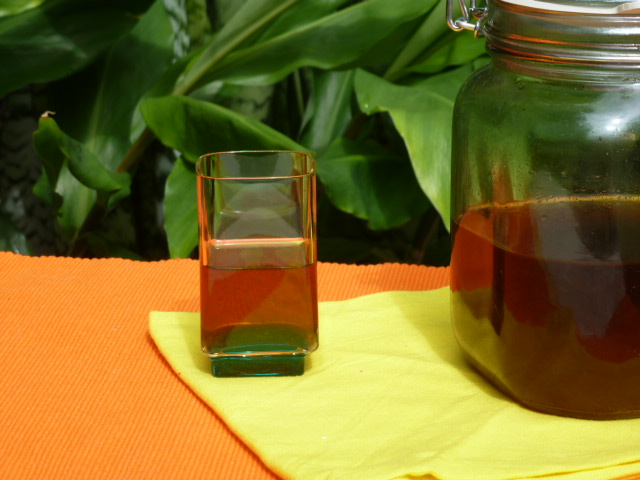 This is my new favorite drink!! I have always liked ginger, (how do you like the above photo in front of some of my ginger plants?) even as a child I loved ginger cookies, but I've never really liked ginger ale except for Vernor's...but it wasn't until I was in England in the lake district and tasted some of the best gingerbread that I've ever had. That is when I discovered I love crystallized ginger too. I was searching for a recipe that was like that wonderful gingerbread, and have not found one yet. I did come across a really good recipe for ginger shortbread cookies with crystallized ginger. I now make them every Christmas and then some.

When I asked my friend Biren of Roti n Rice if she ever made ginger ice cream and she came up with this great Ginger Tea Ice Cream
I have not tried to make this yet because I would be the only one eating it. That was before my daughter started drinking ginger tea... 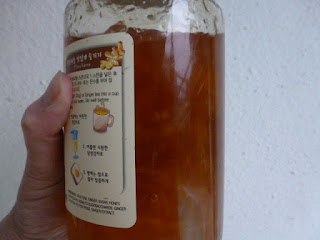 ...here is just one of the kind  that she enjoys...this is so good on toast too. Now I know she would eat the ginger ice cream along with me, she enjoys ginger as much as I do.  So that's on my summer "to make" list.

She isn't old enough for the ginger liqueur, but that's okay! Let's get started... 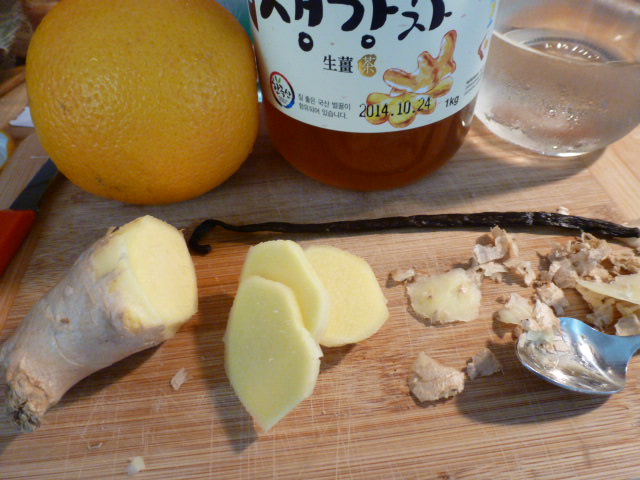 I've been experimenting with some infused vodka lately and I will post some of those later. I used organic vodka and organic ingredients...so that was fun. The ginger vodka will take a little longer, but using brandy in can be ready to drink in a few days. I used mostly all organic except I could find organic brandy. 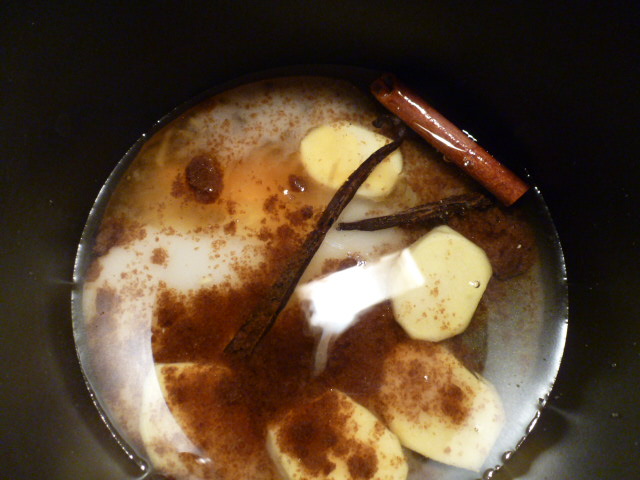 Peel the ginger and cut it into thin slices. Split the vanilla bean in half lengthwise. Bring the ginger, vanilla, brown sugar, sugar, cinnamon stick and water to a boil. Reduce heat to medium-low and simmer until ginger is soft—about 20 minutes. Turn off the heat and add the honey, let the mixture cool. Place the orange peel glass container along with the syrup and brandy. Seal and shake, then let this mixture steep for one day. After one day, remove the vanilla bean and let the mixture steep for an additional day. Strain mixture through a fine sieve and return it to the bottle or jar for storage. Let it sit for one more day before using to let flavors mellow.You can strain it though a coffee filter or a yogurt strainer to make it clear 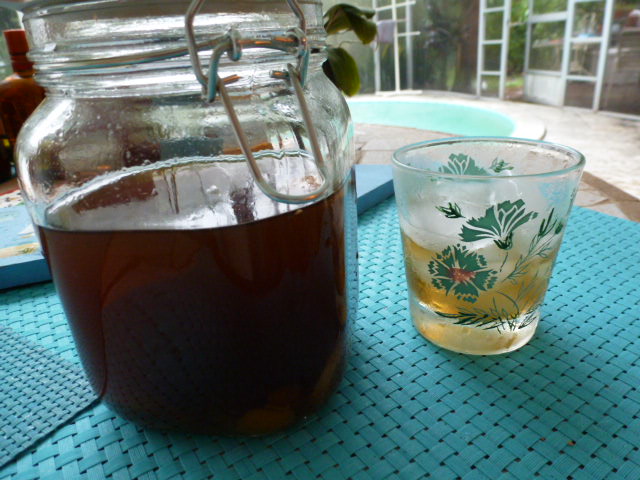 I had to try it before it was all strained clear, and it was a delightful drink on the rocks... 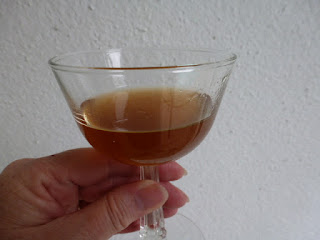 ..or as an after dinner drink...to sip on for dessert. I actually will enjoy this anytime...it is very good. I have to try it in a cocktail yet...maybe with some ginger ale.  I might add some more spices next time and make it like a chai spice liqueur. Add a little bit of cloves, maybe some cardamom. What do you think? How would you enjoy this ginger liqueur?

Posted by tinyskillet at 5:00 PM

Email ThisBlogThis!Share to TwitterShare to FacebookShare to Pinterest
Labels: beverages, drinks, ginger, liqueur, make it yourself