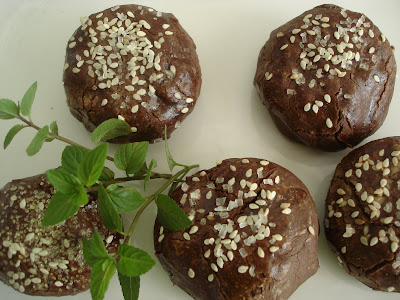 I first heard about mooncakes from my friend Kristy on her blog My Little Space. She is a wonderful baker and is very creative with the things that she bakes. This is not your grandma's baker here, she adds her own pizazz to many of her creations. She is also full of information on the local holidays, festivals, legends and Chinese customs. I love to learn all about it.


The Mid-Autumn Festival is held on the 15th day of the eighth month in the Chinese calendar, which is usually around late September or early October in the Gregorian calendar. It is a date that parallels the autumnal equinox of the solar calendar, when the moon is supposedly at its fullest and roundest. The traditional food of this festival is the mooncake, of which there are many different varieties.

When I saw her mooncakes I was determined to try my hand at making them. I had difficulty finding some of the ingredients, like red bean paste and lotus paste. I ended up making my own red bean paste, but never use it to make mooncakes, but another dessert. Then she gave me a tip on making mung bean paste which would be a little easier, and I was going to try it until I saw her Chocolate Mixed Nuts Mooncakes. Bingo! This is what I wanted to try, I liked the fact that I had all the ingredients and it wasn't as sweet as some of the other mooncakes. 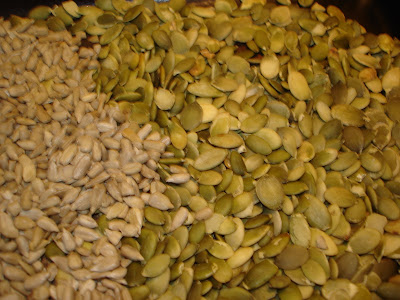 I made a few changes in the nuts (just a little) and dried fruit (couldn't find the candied kumquats and melons, but I love crystallized ginger and dried cranberries) and added some almond paste, and Cointreau. I would of used my Michigan dried cherries, but I they're all gone, now I have to wait until my parents come visit again to bring me some more.

So... this is my version of attempting to make mooncakes (sorta) for the up coming Mooncake Festival on September 22nd.

Method :
- combine all ingredients in a big bowl and mix well.
- then stir in 4 tbsp corn/olive oil and mix till well combined.
- divide into 40gm balls each for mini size mooncake.

Method :
- simmer chocolate and oil over a double boiler until melted.
- stir chocolate mixture into flour and mix to form a thick paste.
- leave the thick paste to rest for an hour.
- then divide pastry dough into 35gm each (for mini size) .
- start wrapping the mixed nuts filling with the dough and slightly coat the dough with flour.

arrange moulded mooncake onto baking tray and spray water onto each of it
- bake at 400 degrees for 5 minitues and then remove mooncake from oven.
- slightly brush with egg glaze and continue baking at 350 degrees for another 10 minitues or until golden brown.
It's best to serve this one day after. 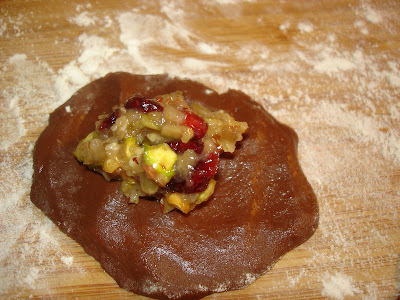 I didn't have a mooncake mold, so I just rolled them in balls, and added some sesame seeds and some sugar crystals to try to make them look pretty. I probably could of used more filling, but since this was my first time I really had to get the feel of it. The dough was pretty easy to work with. 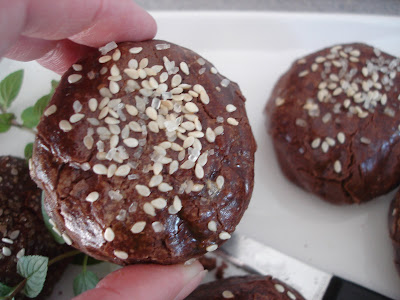 I'm not sure how close to mooncakes they are, but they sure did taste good. This is for you Kristy! Or I should say thanks to you! 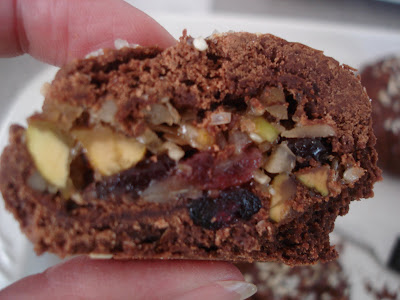 But I have some filling left so I need to find a coffee cake, or muffin recipe to use it up...any suggestions? 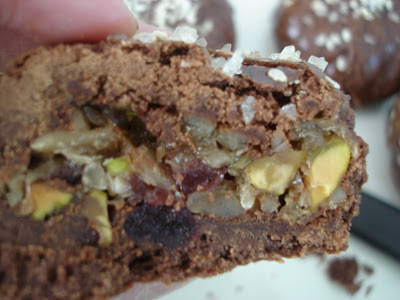 I chopped the nuts a little more than she did, but I don't really want to compare the two because that just wouldn't be fair...hehe...she's had more practice. Next time I want to try some agar agar mooncakes...what do you think? 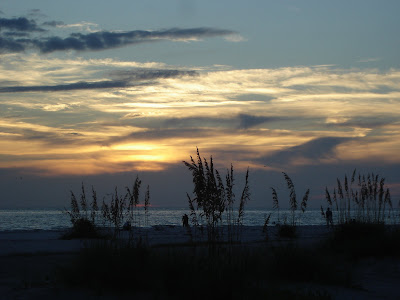 We had a long weekend for Labor Day and my husband was out of town. My daughter and I thought we would check out a different beach than we usually go to. 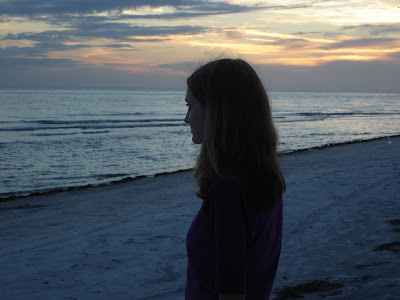 So we went to Lido Beach and walked around to enjoy the sunset and early evening. It was busy of course being the last weekend of summer, and living in a vacation spot. So we went to South Lido and it was a little more open. 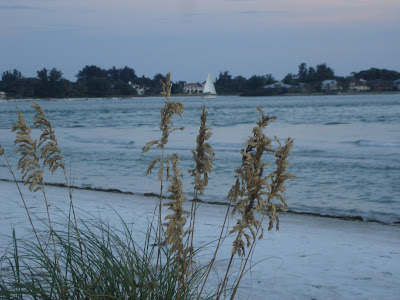 It was nice and peaceful!

Posted by tinyskillet at 5:11 PM