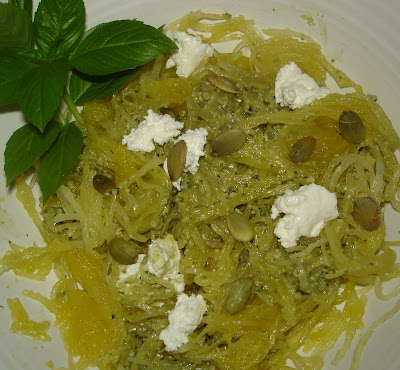 Another midweek yummy veggie pasta. I love making or I should say eating pumpkin seed (or pepita) pesto. Like any pesto it is so simple to make. You can use raw pumpkin seeds like I did or you can toast them before tossing them into the food processor. I used plenty of pumpkin seeds to give it a hearty feel to it. A lot of pepita pestos call for cilantro, but I used basil in mine. You can use one or the other or both if you like. 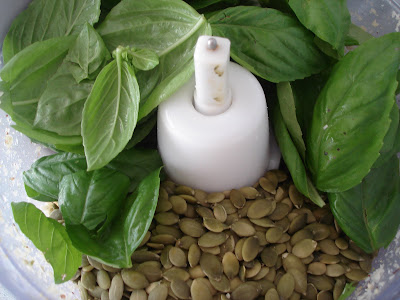 I had a nice bunch of basil going on my plant so I wanted to use it before it started to get all woody, or turned to seeds. I should really make a second batch and freeze it. When I made this one I ran out of olive oil so I used some pumpkin seed oil and macadamia nut oil that I already had.
Ingredients:

Method:
Combine the seeds, Parmesan and garlic in the food processor and grind them first. Then add the remaining ingredients, drizzling the olive oil in while it is running until it is smooth. 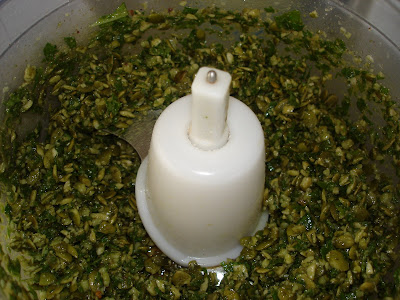 I ground it quite smooth but it still needed a little more oil so I froze one half and put aside the other until I could pick up some more olive oil (can you believe I ran out of olive oil?) I can't believe I ran out!

So....the next day I baked the squash and added the olive oil to my pesto , smoothed it over the cooked squash and added some goat cheese! There you have it...a quick (well except the time it took to bake the squash) easy meal...except for running out of olive oil and searching every where knowing you have a bottle around some where. 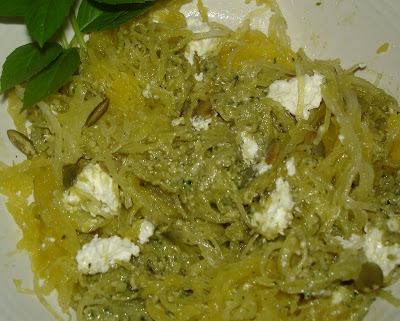 This pesto was still good even after the delay, it was probably better the next day (yes, that's it, I was planing on it setting a day to taste better).

This pesto is so versatile, (okay most of them are). Use it on sandwiches, it is great on crackers, add it to any pasta for a side dish, or add chicken for a main dish, hey or you can spread it on chicken breasts with goat cheese and bake it. Mmmm... just think of all you can do!

As promised I have a few more photos of The Ca' d Zan, John and Mable Ringling's Mansion. 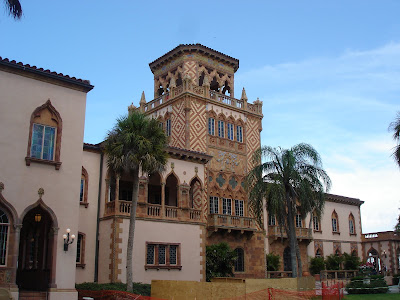 I have some photos from different times that I've been there. I n this one they were still working on it, hence the plywood and orange barricade. 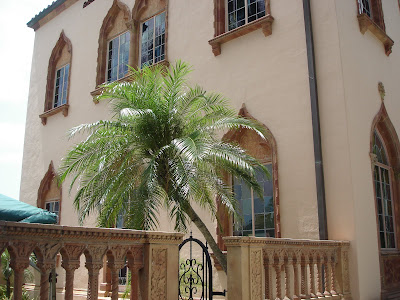 A little larger shot of the gate and the side of the house leading to the front veranda, or lani. 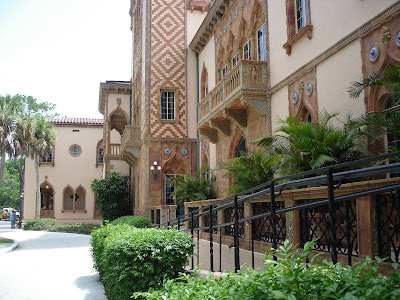 Here is the front facing the gardens and the magnificent grounds. I can show some of that later. 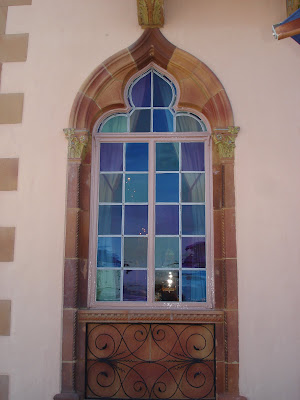 The details of this house is what really makes it so interesting. From the tinted glass... 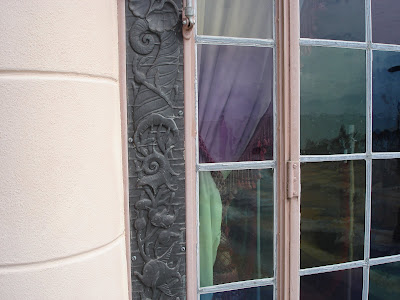 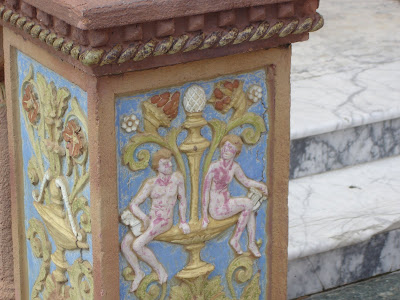 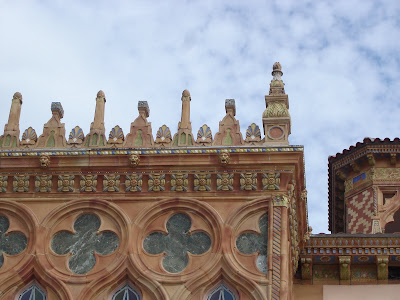 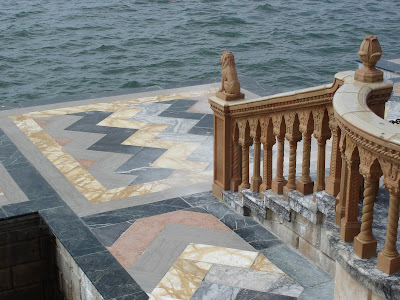 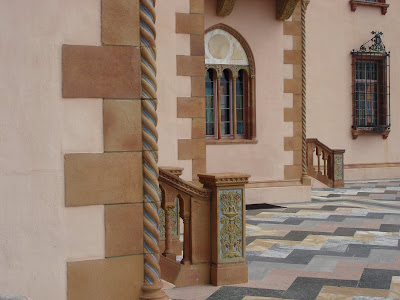 many many nooks and crannies... 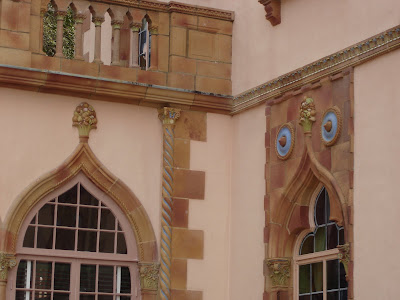 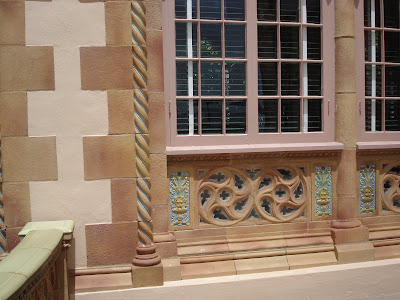 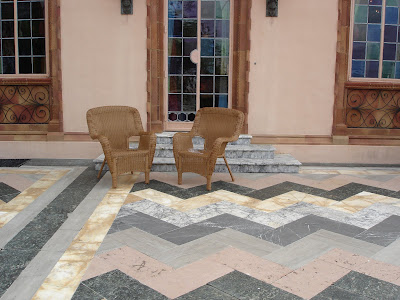 I'm sure he did bring these chairs in...everything he had in the house was imported from somewhere. 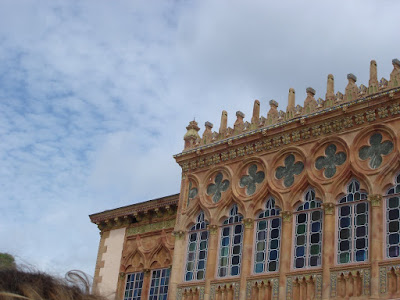 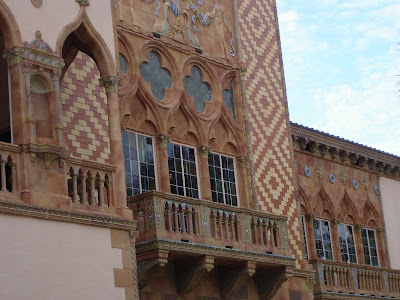 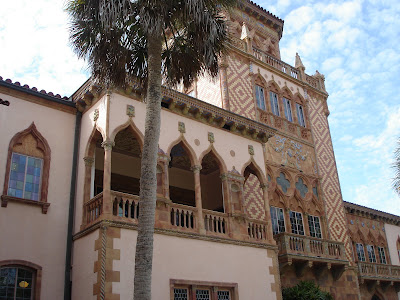 This balcony is off from his bedroom...Mable had her own bedroom. We did get to take a tour of the house and you can get a ticket to visit the second floor. 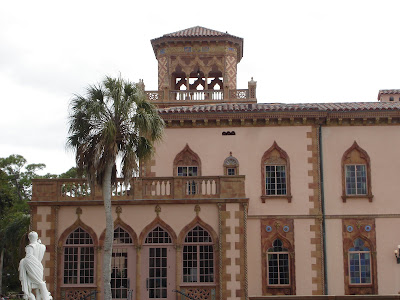 We did that once when my sister was in town, you should see the inside. 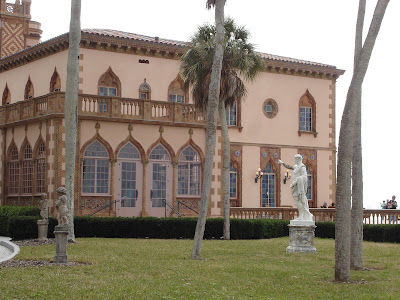 This is the other side of the mansion...and then there is the grounds to see.... 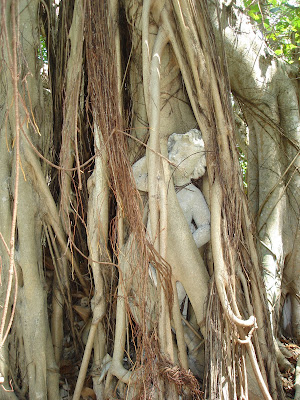 Here is a sneak peak of the grounds, one of the many statues...it's been standing in one place too long, you can see why they call it a strangler fig!
Too much?!