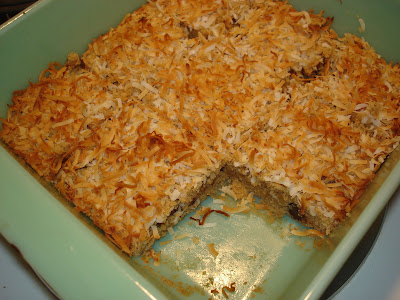 Ever since I won a large jar of organic virgin coconut oil, I have been using it often, for my skin, hair and cooking. There are a lot of health benefits with using coconut oil. You should really check it out. Then I won some coconut cream concentrate, and have been enjoying it on my toast in the morning with some almond butter. Now I am really getting into coconut lately, and just bought 2lb bucket of coconut flakes. 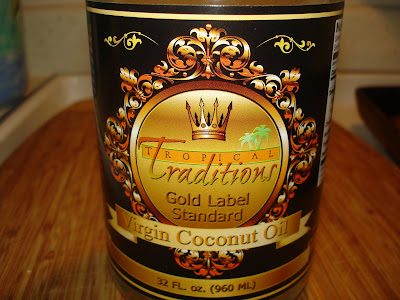 I was checking out Tropical Traditions free coconut recipes so I can find many new ways to use the ingredients. I found these Toasted Coconut Ginger Blondies that use coconut oil and the coconut flakes, then adding my other favorite crystallized ginger. I like the way they have the recipes organized because you can search them by what they use, next I am checking out some of these recipes using the coconut cream concentrate. I mean they have everything from Coconut Chai Smoothie, Coconutty Creamy Grits, to Spicy Coconut Fish Recipe, with many more in between.

Now you know that I'm not much of a baker, so I was cautious trying to follow the recipe so I wouldn't have failure on my hands. I was making these to bring along when we went to visit my in-laws. Of course I still had to make a few changes...I didn't add as much crystallized ginger even though I'm a ginger fan, not everyone is, so I toned it down just a little, then I thought a tablespoon of vanilla was a lot, I used less then added some coconut extract, and ground ginger, and as always less sugar, then added a few chocolate chips. That's it! 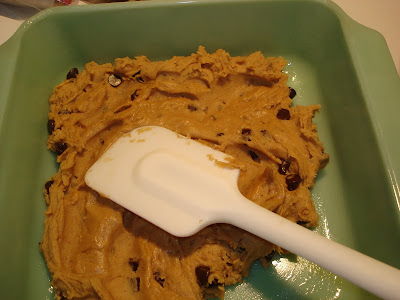 I've never made blondies before so I wasn't sure how they were supposed to look going into the pan. I really had to spread the batter in there! It was more like a cookie dough. 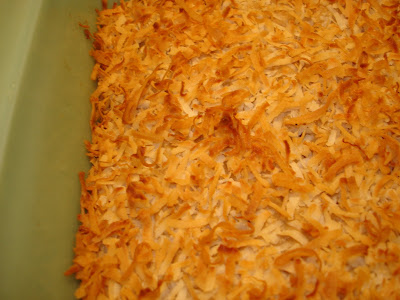 It came out okay, but I was wondering about 1/8 tsp baking soda? Why bother? I don't know if I measured that little of an amount correctly. What would have happened if I added 1/4 tsp? 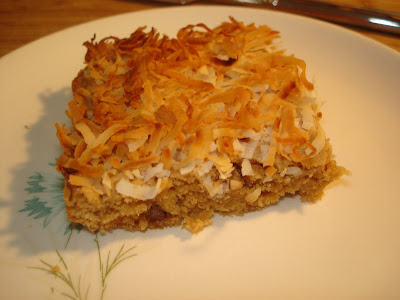 They were so good and I think it still had enough ginger with the smaller amount, yet still had a nice ginger bite to it. My daughter even liked it. 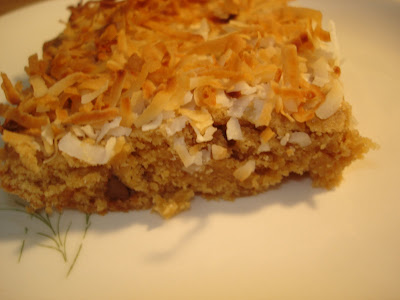 My pan was a little larger than 8"X8" by a half inch 8.5 x 8.5 and the were a little flat, but no big deal. I think maybe next time I will use a smaller pan though. They sure smelled good when they were baking in the oven. 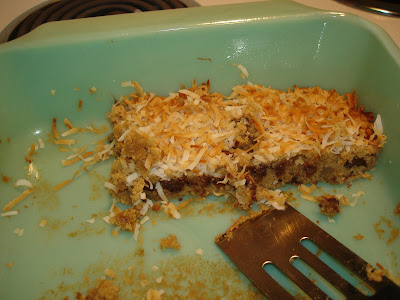 The chocolate chips were a nice touch! The bars were such a big hit they didn't last long. I didn't get to save one for breakfast!

Posted by tinyskillet at 7:42 PM