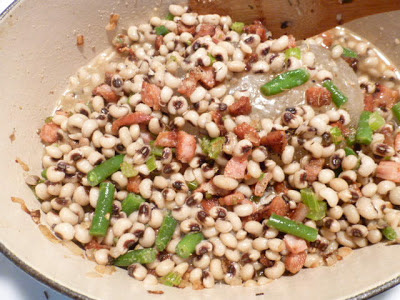 New Year's Day we just had to have the southern dish to celebrate the day. It is suppose to bring you good luck and prosperity. Black-eyed peas with hog jowl and greens.

It was a beautiful day, clear sky in the 70s...I think we were the warm spot in the country. My husband was out jet skiing, my daughter had a friend over and they were trying out her new mini bundt baking thing...it makes pretty little cakes. I'll show you how they turned out later.

For the black-eyed peas I had picked up some smoked pork jowl that they had in the New Year's display case at our local supermarket, along with the peas, and greens. I trimmed it, diced it and rendered the smoked jowl. Then added, celery, onions, and garlic (all diced and chopped nicely). About a pound of the black-eyed peas that were frozen instead of fresh this year. Then some chicken broth that I had in the freezer, enough to cover the peas about an inch. or so. Seasoned with some savory, bay leaf, and peri-peri sauce (from South Africa) I didn't need to salt it much because of the smoked jowl is a little salty, but you can salt and pepper to taste. Cook for an hour or two until everything is tender and the right thickness that you like.

The hog jowl is a lot like bacon and you can use this or ham hock in it's place. It was a nice buttery texture that melted in your mouth when the dish was all finished. Right near the end add the kale, or the greens that you have and cover until tender. 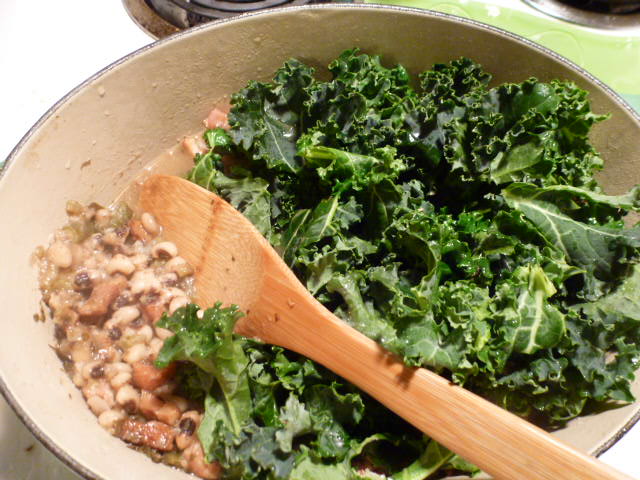 We went out to walk the beach while they were cooking. There was no wind and it was so comfortable, and it was so beautiful at sunset. We came back to enjoy our New Year's meal. 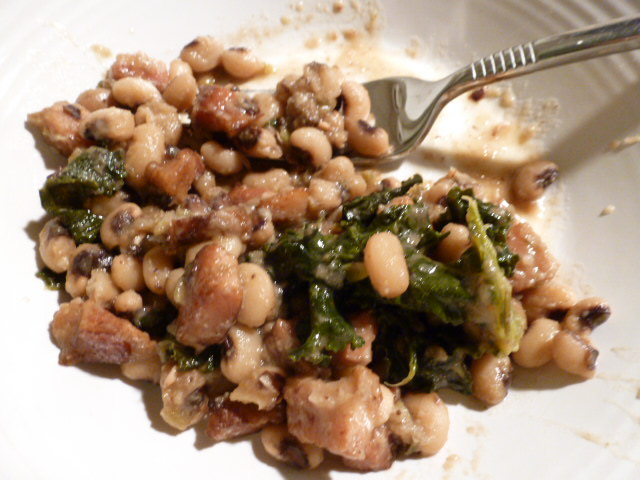 Just as good as I remember, and everyone cleaned their plate. 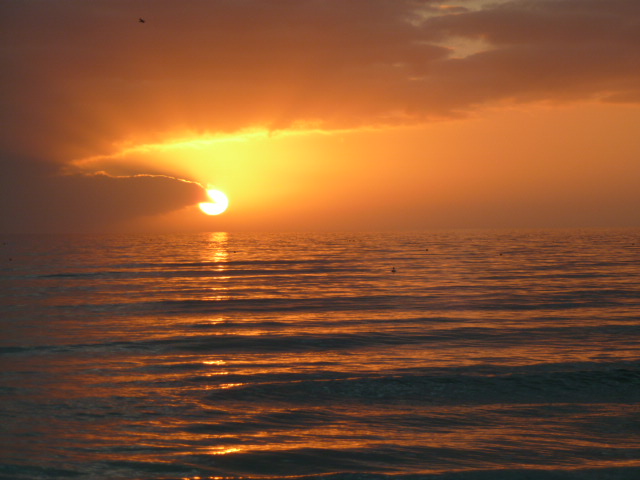 Have a great New Year everyone!

Posted by tinyskillet at 7:23 PM