Thunder by the Bay...or not!

This weekend is the 12th annual Thunder by the Bay . It's a motorcycle festival downtown Sarasota. Last year was the first year that I joined Wade on his motorcycle and we road to downtown and joined in the festivities. Usually it is a perfect time of year to do this....but not today. It feels like we are still in Michigan, but without the snow. We are 30 degrees below normal average temperature for this time of year. Wade is going without me this year and only a few of his buddies will be joining him. It's a better day to stay inside and drink some hot chocolate with peppermint schnapps!
It's still sunny outside though and it doesn't look like the cold weather did any damage to our tropical plants. 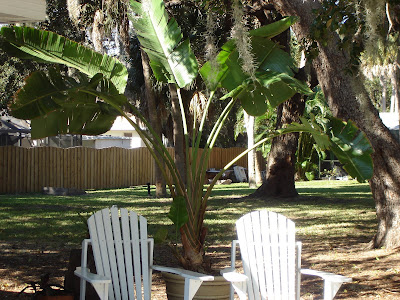 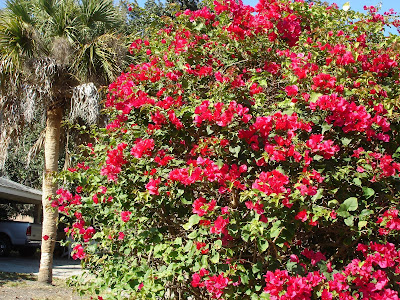 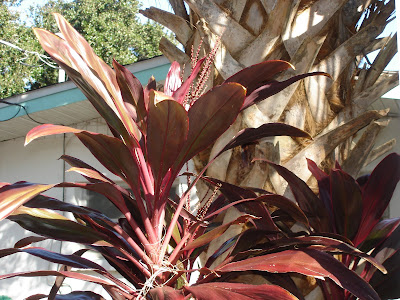 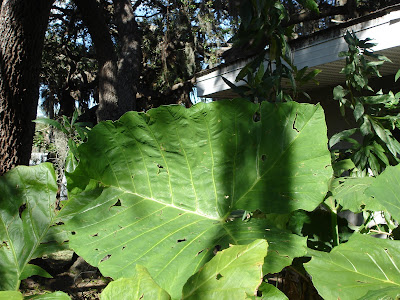 Just took these picture now, it doesn't look as cold as it is outside!

On Friday the kids at school were so excited with the anticipation of the slight chance of snow early Saturday morning. We were too far south and too close to the Gulf of Mexico...we just got rain. Being as close to the Gulf as we are we don't get freezing temperatures very often. It was funny because the had a delay at Sarasota airport due to frost on the plane. They had to wait for the sun to warm it up because they don't have a de-icer, they only use it about once every ten years or so. If we do get cold it never lasts more than a couple days. So this year is brutal to all of us who don't really have the gear to keep and stay warm!

So I'm catching up on my blogs and cooking some chicken here: 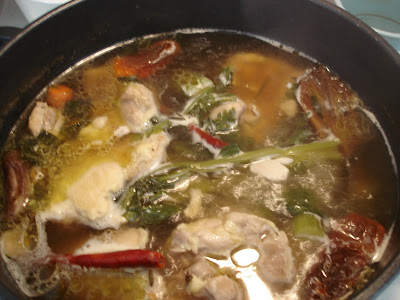 So we can add it to my White Chili later. Maranda wanted to make some, so I think I'll let her do all the rest of it. Last night I wanted to use my Indian spice box (it smells so good) so I just made some red lentils. It was actually a combination of my split peas soup (with parsnips, carrots, tomatoes, leeks, and sausage) then I had some red lentils, and added all my new spices, and some old, and fresh garlic, ginger, then some dried chili peppers, and a cinnamon stick! Ta da! 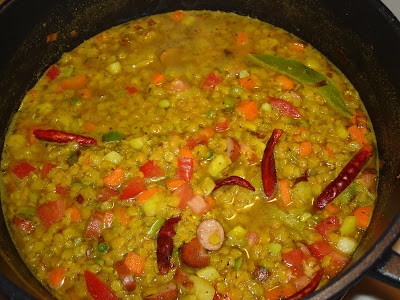 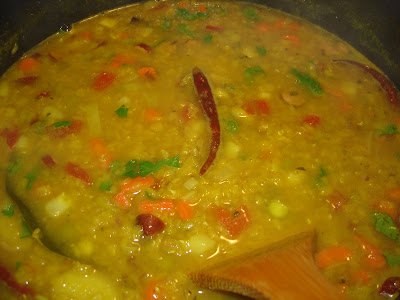 After it was simmering for awhile.

I could make up some cuite-sy word for it, but I won't! Of course dals are an easy way to use the spices. I'm going to use them with an eggplant dish next I think... or a curry! Hope everyone is having a nice warm weekend!

Posted by tinyskillet at 1:46 PM