This was a perfect day for me to do this weeks Martha Mondays, because I have today off for Presidents Day. My husband always has Mondays off, so he was out in the garage working on his jet ski. I like to fix breakfast or brunch when we are all home at that time. So not only a perfect day for it a perfect recipe for it! Plus and added bonus, I had all the ingredients on hand, even the shallot. (it was a large one) 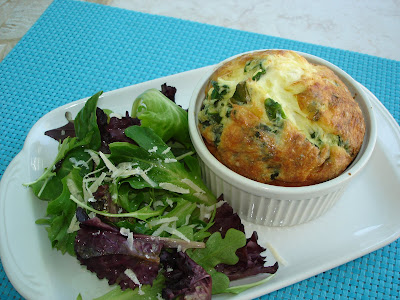 The Martha Mondays project for 2/15, chosen by Karen at At Least Twice a Week is Spinach Frittata with Green Salad from page 44 of Jan/Feb Everyday Food.

I usually have to read through Martha's recipes a few times before starting because she seems to go through a lot of unnecessary steps, or use of utensils and such. This one was pretty straight forward, and worked well. 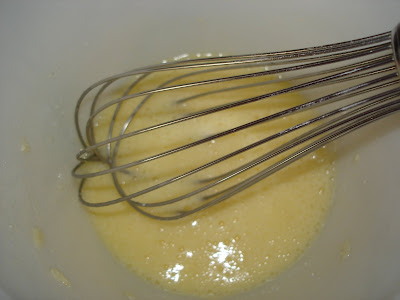 First you whip the eggs and whites, milk(okay I didn't have the milk on had so I used half & half) half of the grated cheese, salt & pepper. I also added a little ricotta cheese (just because I had some on hand). 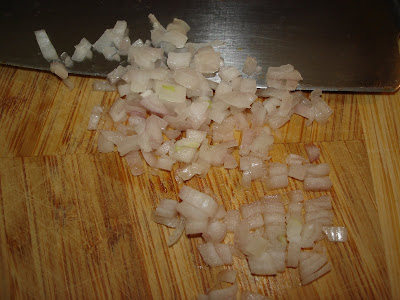 While waiting for the oven and dish to preheat, you dice the shallots and saute until tender, for about 2 minutes. I used a little grapeseed oil with a touch butter. 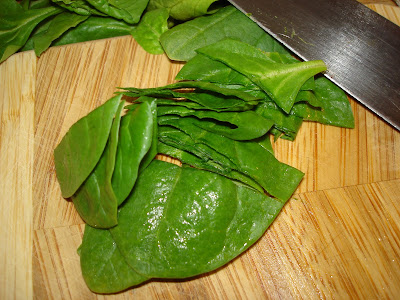 Then you add the spinach and cook until wilted about 2 minutes. 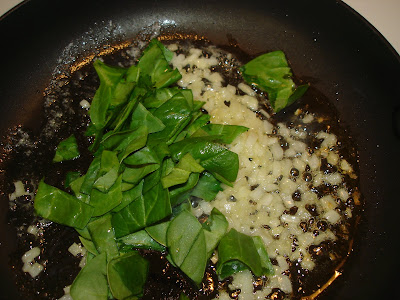 Stir spinach into egg mixture. Pour into heated dish top with the rest of the cheese. 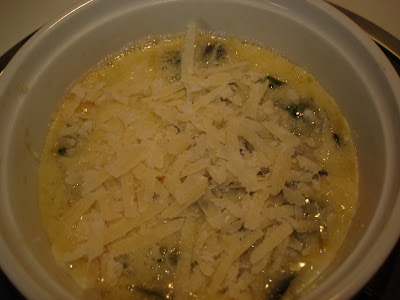 Bake until puffed and golden. About 15 minutes. 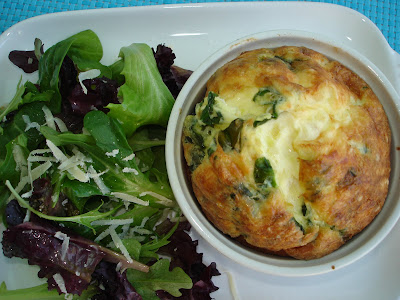 It turned out really pretty, and Wade liked it. 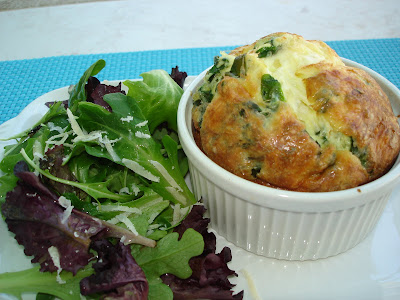 It was a simple enough dish, but it makes only one. I guess you could split it. Well I'm funny about eggs and this frittata is more like a souffle. I had the shallot and spinach out so I thought for myself I'd make a scramble. I didn't have any bread for toast, but I did have some focaccia bread topped with sesame seeds that I had picked up. 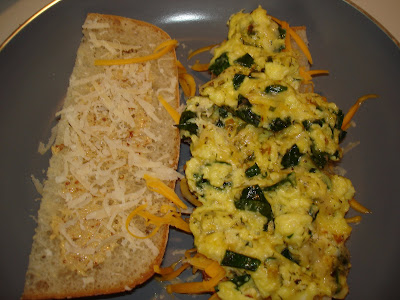 So I thought I'd make it into a toasted sandwich. I used some Raye's Mustard European Dijon style. Grated a little parmesan reggiano, and cheddar. 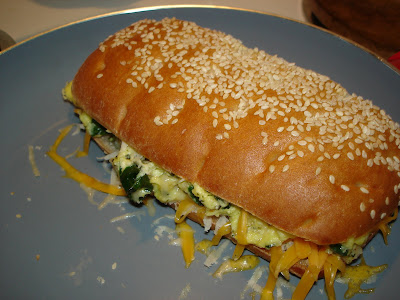 Toasted on both sides. 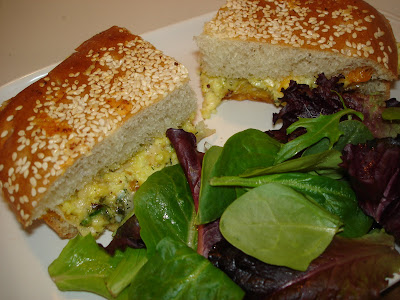 Served with the same salad as the frittata. 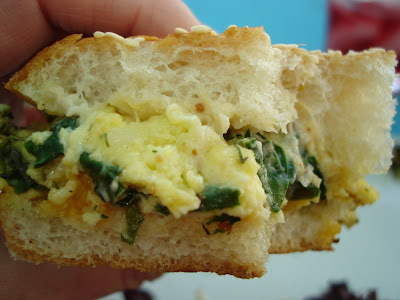 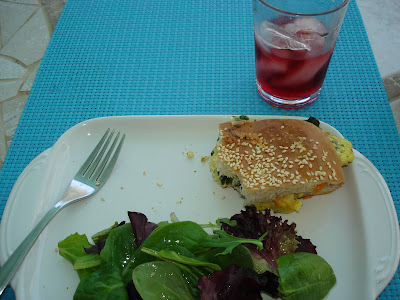 Tucker was waiting patently for me to drop something. 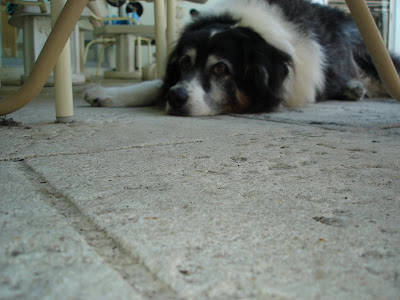 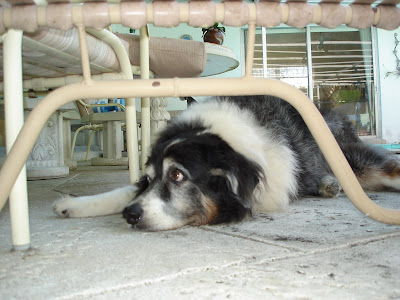 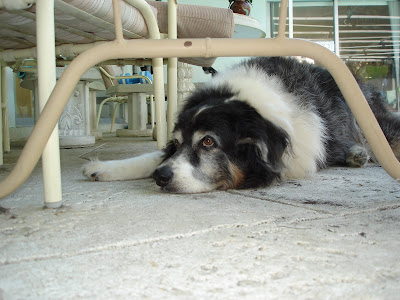 Trust me he'll wait as long as there is food on the table, or dishes. His bowl with his food in it is not far from him. Not good enough!
Anyway this was a fun dish to make and I would do it make it again. Check out the others on Martha Mondays to see how they did. Have a nice Presidents Day!!