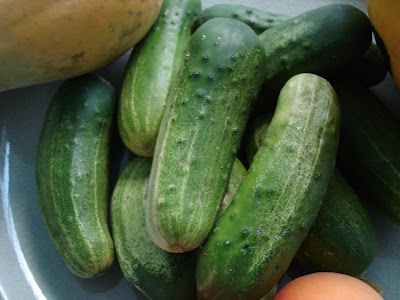 My daughter wanted to make pickles when she saw these small cucumbers at the Farmer's market a few weeks back. (we made them a few weeks ago) There are a couple of things I've never tried to do before canning is one of them. So I have never made pickles or jams, never really thought of it. I told her we could go ahead and make them if she found a recipe and helped. She came up with this one she found on Cooks.com (they had many) and I had all the ingredients (which is always a good thing). I only made a few tiny little changes.
One nice thing about this recipe is it make one quart. I think that was a reason why I've never made them before because I didn't want to make a ton and get stuck with trying to find a place to store them, or people to give them to. It's not like we have basements in Florida that work so well for storing canned goods. (I miss that) 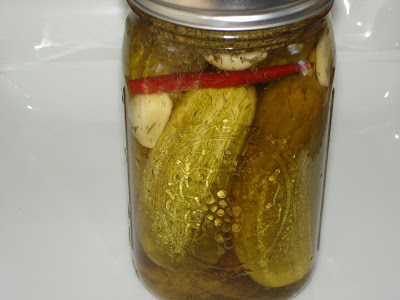 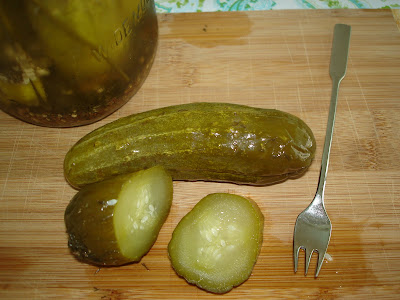 They had a nice texture, a little tangy, which we liked. They weren't too garlicky even though I added a little more than it called for, and the chili peppers didn't make it spicy. The other spices gave it a nice warm interesting flavor. If you like a strong dill flavor then you can omit the coriander and peppers. 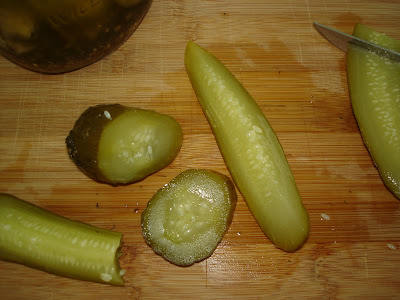 We didn't eat them right away we had them chill in the refrigerator for a couple of days. We will make these again! Maybe even try to pickle something else next...we're on a roll!

Posted by tinyskillet at 5:14 PM