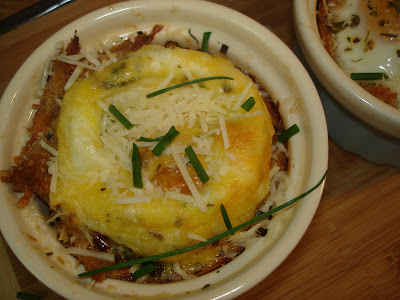 If you know me you know that I like to get more savory breakfast ideas. The weekends are when I spend a little more time making breakfast, rather than the whole grain toast with almond butter and ginger jam! The typical breakfast on the run out the door! So here is another one that I happened to catch on Jaden's Steamy Kitchen ...bacon, egg, and toast cups she used muffin tins to make hers. I thought I would change it up a little...(ha! what did you expect?) 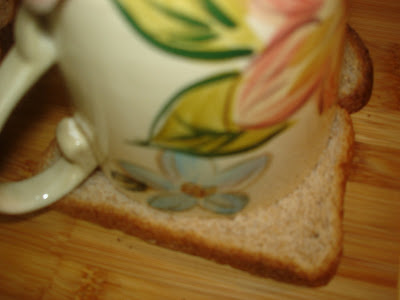 I used individual cups for these, I have several different size ramekins, so I used one that would hold the goodies... I didn't have a crowd to feed so I just made three of them.

First cut a out a circle in the slice of bread, use a cookie cutter, tuna can or anything round that would work here. You were supposed to flatten it out slightly, I didn't, but it still worked fine. 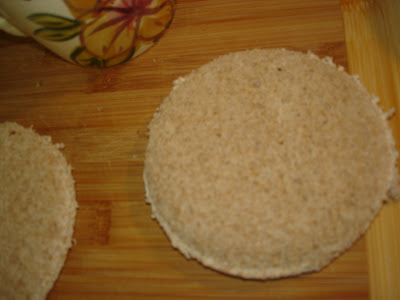 Directions:
Preheat oven to 375 degrees F.
Lightly butter 6 standard-sized muffin cups or the individual cups that you plan to use. 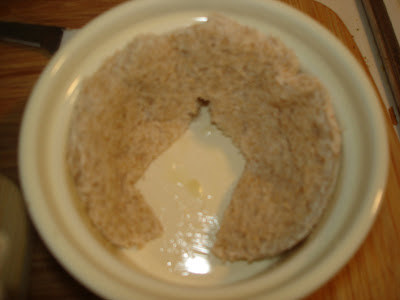 Cut each round, then press into each muffin cup, the halves will overlap slightly, but in these ramekins they didn't so I just added some more bread. 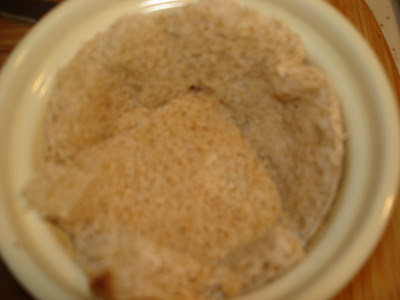 Make use of extra bread to patch any gaps, press into place. 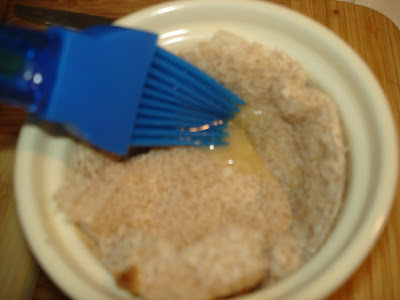 Brush the tops of the bread in each muffin cup with melted butter. 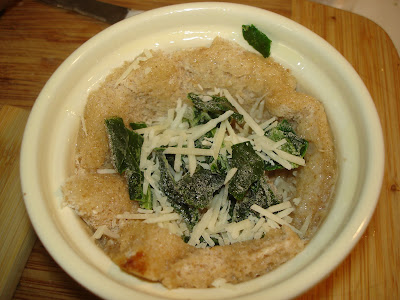 Lay in some spinach and sprinkle with some shredded cheese. I used some organic chopped frozen spinach that I always have on hand, you don't have to thaw it first. If you are frying up some bacon and you have the pan out already go ahead and toss some fresh spinach and saute, or chopped tomatoes, even onions if you like then add them to the bottom here. 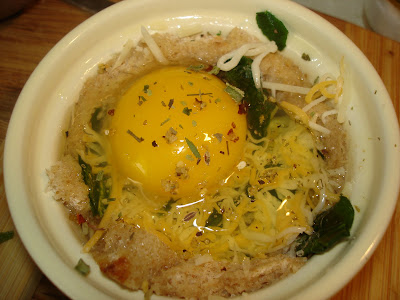 Crack one egg into each cup and season with salt, pepper and a little herb blend, then bake until the egg whites are just set, about 20 to 25 minutes. 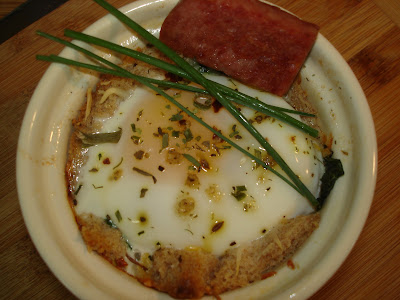 I made one with the egg whole... 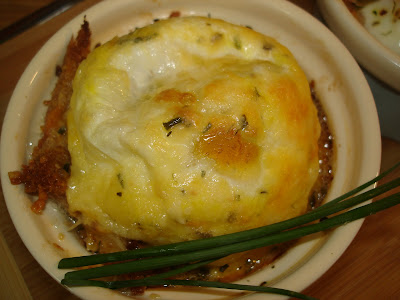 ...and another with the egg mixed up a little and a dash of cream added. 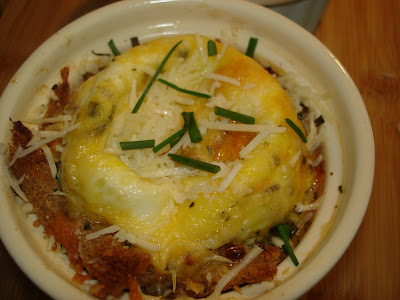 ...sprinkle some grated cheese and fresh chives, and serve while still warm... 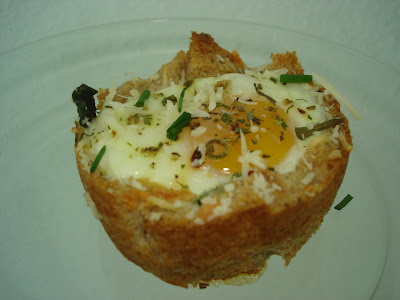 ..or run a knife around cups to loosen and serve immediately. 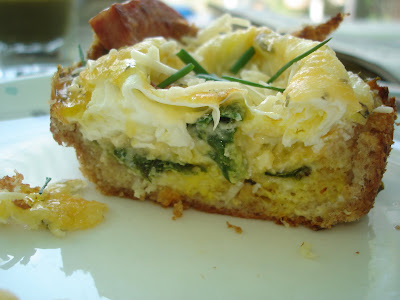 So easy and a perfect way to make breakfast a little special!

Posted by tinyskillet at 5:39 PM