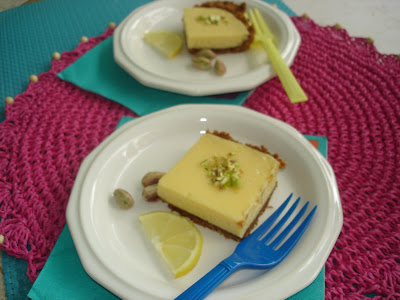 It was Megan's turn author of Megan's Cookin' and she chose Lime Bars for us to make this week for Martha Mondays. This was great! She chose lime bars from the St. Patrick's Day recipes, and I know it was supposed to be green and all, but....I still have some lemons left on my tree and I was looking for a lemon bar recipe so I thought I would make a slight change...
After all key lime pie doesn't turn out green...unless you add green color to it. I just used lemons instead of limes (I do love key limes so I'll try it that way later) I added a pinch of salt and a dash of vanilla extract that is all the changes I've made...not so bad for me! 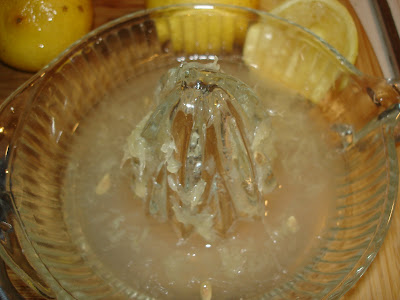 I found this vintage juicer at a tag sale, I have a fancy electric juicer, but for small jobs this works best. 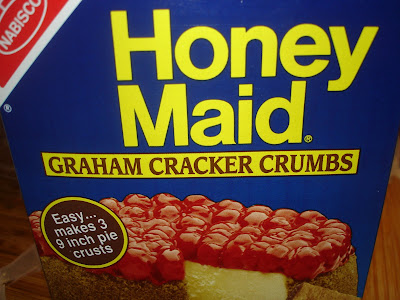 I also had this box of graham cracker crumbs already in my cupboard (I had planned on making lemon bars and a lemon cream pie). This is so nice, you can measure a cup if that's what you need, no fuss, no muss! Not that tossing them into a food processor is difficult, but these were on sale so cheap I couldn't pass up the ease. 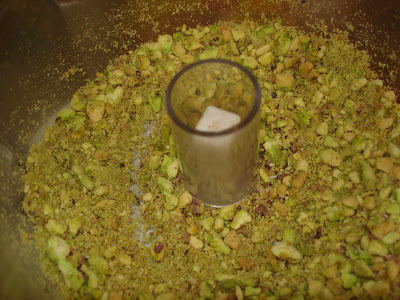 So since I didn't have to pull out my food processor I just chopped the pistachios in a mini chopper that I have and after this I decided to get rid of it. It doesn't do that good of a job and it takes up space. I left the nuts a little big so you would know they were in there. 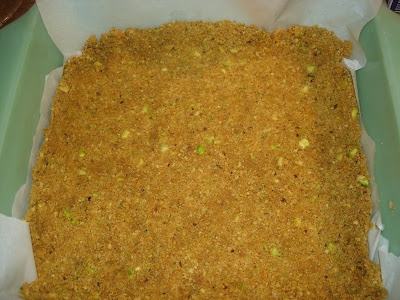 See...now you can even see them in the crust 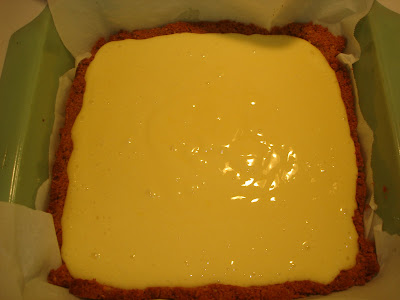 I did use the parchment paper as she suggested to make it easy to pull out of the pan. You could probably use a tart pan with a removable bottom as well. 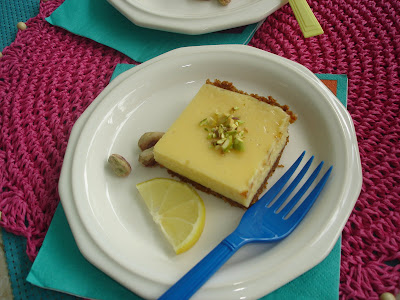 They were very good nice and creamy, sweet and tart, kinda like key lime pie would be. Yummy, but these pieces were rather large. 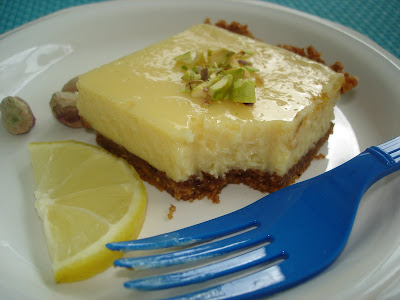 but we still ate it, right before lunch...no, just kidding we at it for dessert after lunch! The rest of them were cut smaller and I think I'll dust them with some powdered sugar. 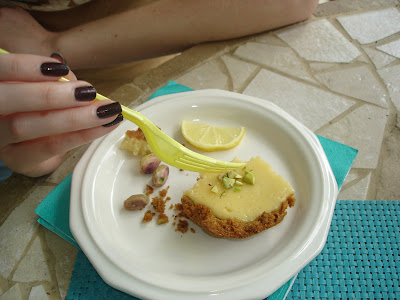 My daughter gave it a thumbs up too.
We are on spring break this week so I have plans to get all sorts of things done.
We'll see...

Posted by tinyskillet at 5:43 PM