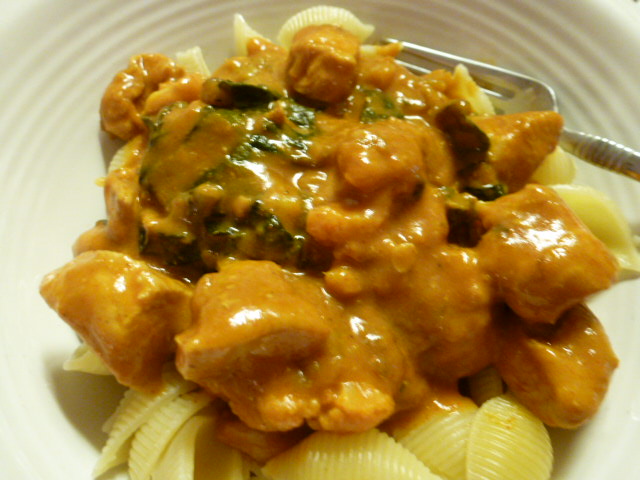 A friend of ours went to Hungary to visit his father. His father was in Sarasota for most of summer and he brought him to the Mr Beery's Hump Day 3k runs, so we got a chance to get to know him. After the runs we would try the different kinds of beers on tap (they have 20) all from micro breweries around the world. Our favorite seems to be the darker but not so dark ones, we often get the brown ales that they had on tap for that week. Many times we end up talking food...so earlier this month when he went back to Hungary, my husband asked if he would bring me back some spices. 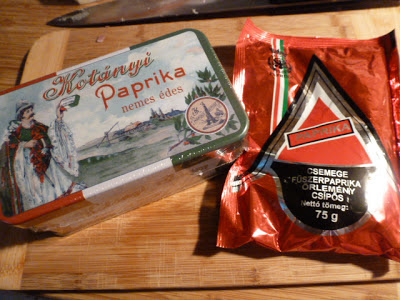 Of course he brought us some Hungarian paprika, some hot and sweet paprika! He said most of the seasonings there are salt, pepper and paprika! It didn't take me long to find a common meal made in Hungary with Hungarian paprika. My first stop was my friend Elisabeth's blog Food and Thrift since she is Hungarian...and an awesome cook. 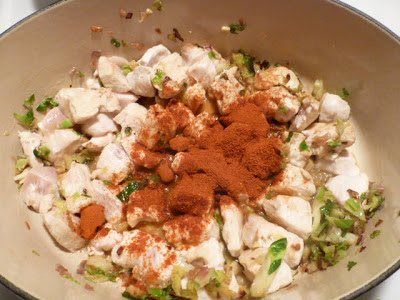 I did change it up a bit, and this is not your authentic typical chicken paprikash. Apparently every Hungarian family has their own version, just like American families will have their own way of making chili.

I had picked up some shredded brussels sprouts from Trader Joe's and thought it would be a nice touch, so I sauteed some shallots in a little butter and rice bran oil, then added the brussels sprouts, and I diced the chicken breasts first before adding them to the pan. I used some of the hot and sweet paprika. 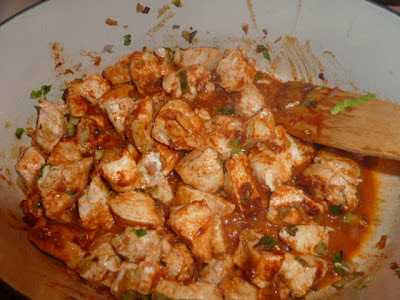 I also added in some fresh organic cauliflower that I wanted to use up or I should say not forget about in the fridge. 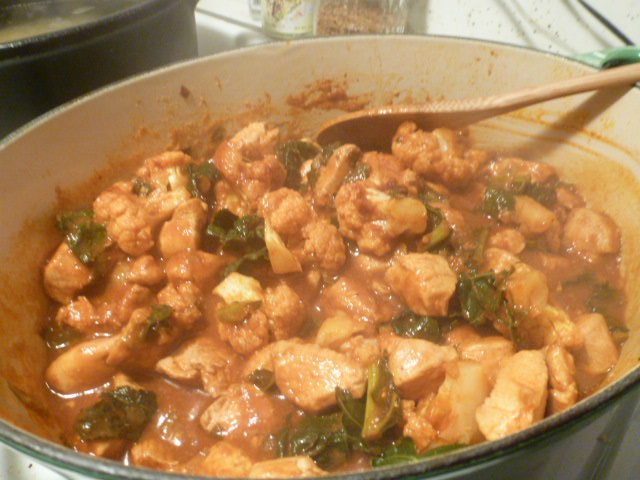 Also added some fresh organic kale...I figured it would be a one pot meal. 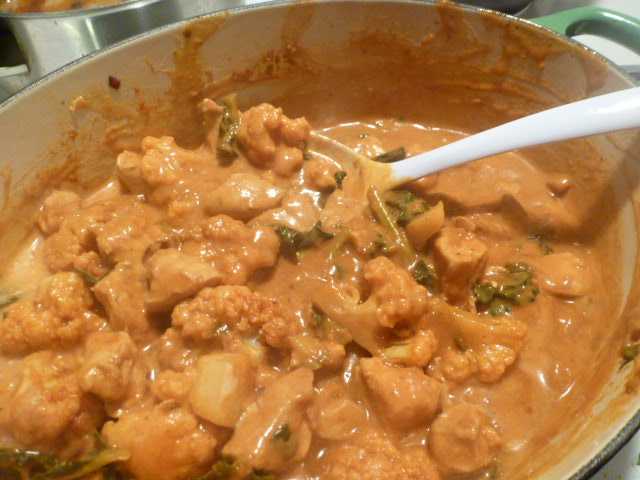 This is served over rice, dumplings, potatoes or egg noodles, or like Elisabeth likes to use...spaetzle! I wish I had some spaetzle left...and I was actually upset a little that I used up my wide egg noodles too, so I found some organic pasta that I had in the pantry and used that. 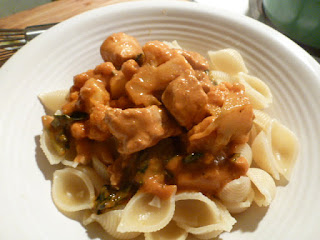 We really enjoyed it, super yummy meal! The chicken was tender and I actually loved the cauliflower like this...It would be good over anything! 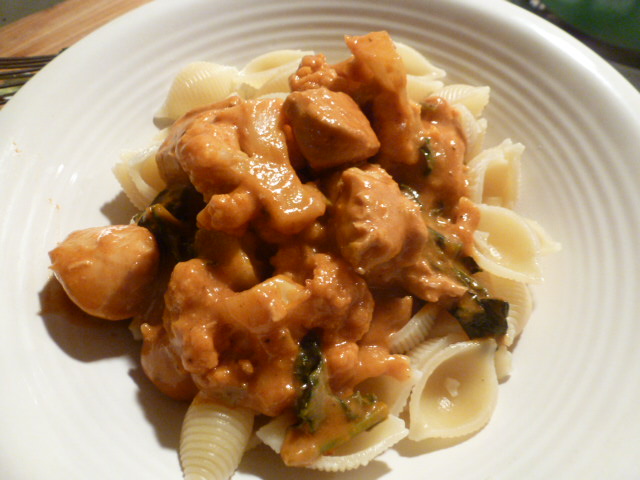 So check here for Elisabeth's own recipe Chicken Paprikash. and this is what I did...

3 chicken breasts (skinless, boneless, cubed)
1 half head of cauliflower cut in pieces
1 large shallot chopped (because that's what I had)
1 tablespoon butter
1 tablespoon rice bran oil
1/4 cup water
1 cup tomato sauce
salt and pepper to taste
2 tablespoons sweet Hungarian paprika,
1 tablespoon hot Hungarian paprika
I tossed in some fresh chopped kale (of course this is optional and you can use any greens that you like)


In a large pot  Dutch oven) saute shallots in butter and oil till they get translucent. Then I added the shaved brussels sprouts. Add the chicken pieces and saute on medium high heat for a few minutes. Add the paprika, and the 1/4 water, and stir together carefully, cook about 5 minutes then add the cauliflower. Cook for about 10 minutes with lid closed. Add the tomato sauce, salt,  pepper, and kale and simmer for about 30 minutes, until chicken is done and tender and cauliflower should be fork tender. I lessened the cooking time because I use boneless cubed chicken and it cooks quicker.

In a small mixing bowl whisk together chicken broth and sour cream then add in the 2 tablespoons flour and stir until smooth and no lumps. Remove the pot from the heat, and the sour cream mixture,  by carefully folding it in the pot not breaking the chicken pieces. Shake the mixture in the pot carefully and put back on the burner on low heat to gently heat up the sauce carefully not to heat to a boil...just to a gentle simmer, and turn off. It's ready to serve over noodles, rice, potatoes, or shell pasta. 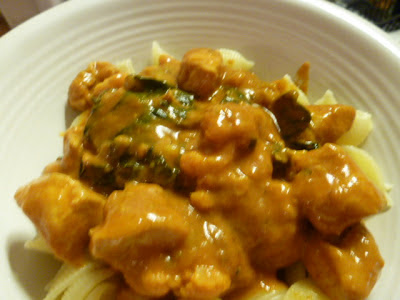 Can't wait to make it again...of course it's hard for us blogger to repeat a meal without posting...but some are just worth it! Thanks Elisabeth! This is perfect any time of year.

Posted by tinyskillet at 5:25 PM